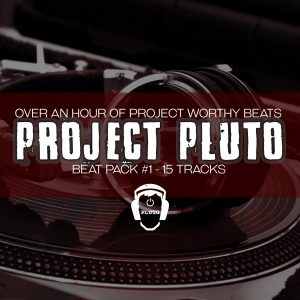 According to his label mates, Project Pluto is one of the most gifted and talented producers in Christian Boom Bap or any other genre for that matter. His unique approaches to creating instrumentals stem from his wide range of influences, which look way beyond Boom Bap, Rock, Reggae, Latin Grassroots, and much more. Pluto also is a very generous and humble person, enough that he would want to give almost everything he produces away for free. This is why he is offering this 15 Track Unlimited Lease Beat Tape for next to nothing. For those aspiring rappers out there, paying $50 for an entire beat tape is a gold mine, and even getting a quality track at $15 a piece is an amazing find. These tracks are only available in WAV format, and can not be tracked out.

Born in 1977, Mike Kapusta aka Pluto grew up in east LA California, there he was exposed to many types of music and cultures. Inspiration for the melting pot of sounds that appear in his music. After experimenting with many types of instruments, Pluto fell In love with the guitar and fronted a few rock and punk bands in the LA area.

Wanting to expand his musical horizons Pluto began to record at home, playing all the instruments that appeared on his early albums. Ranging in styles from rock to jazz and hip hop. After becoming a Christian, Pluto decided to use his musical talents to help other Christian artist spread the word of the Kingdom. Creating new beats and sounds for hip hop artists. Pluto still records instrumental music and self publishes.