Mark Bridges, aka DJ Mark B, born in 1969 in Baltimore began DJ’ing in 1983 under the name of DJ Mark B. Saved in 1991, but felt that the faith was a joke because of the experiences and atmosphere that he was surrounded around in his church, so he proceeded to DJ for the world. Once the Lord saved him, he didn’t see DJ’ing as a service to the Lord so he called it quits, because he felt that it was of the flesh and not a gift from the Lord.

In 1998, the year he got married, he moved to Minneapolis MN to finish college, relocated jobs, and this is where he re-dedicated himself to the Lord. In Minnesota, he become part of a church, and discovered that the church had an Urban Ministry which was sort of like a “Christian” Club, and this is where he got introduced to artists like Cross Movement, Grits and John Reuben to name a few. Come to find out, this church was looking for someone with his type of talents to lead the ministry, and told him to pray about it. He felt awestruck by the fact that this type of coincidence was happening, and after praying about, Mark and his wife chose to serve in the Urban Ministry. This also became the opportunity for Mark to learn about true fellowship, discipleship, and he started to fine-tune his craft of DJ’ing for the Lord. It was in Minneapolis that he took on the Moniker DJ Smooth, which he never really liked. He always felt that it was an arrogant name, and that it didn’t really relate to his Christianity, but because he couldn’t really come up with nothing on his own, he decided to carry the name.

In 2010, Mark and his family felt the Lord’s release to move back home. So they moved back to the east coast to raise his family, and be closer to their relatives. He immediately wanted to get plugged in to serving in another Urban Ministry, but the church that he was attending didn’t really have that type of ministry, so he plugged in with the Youth Ministry, and would spin on Youth Nights.

In the midst of this time is when DJ Mark met Marlon Marshall, and began working with him in various events in the community and at his church on a regular basis, but then the events slowed down. In 2015, DJ Mark reconnected with Marlon when Marlon started Blood Related Entertainment. DJ Mark now serves with the Blood Related Family as their Personal In-house DJ. He also dropped the Moniker DJ Smooth, and went back to his original name of DJ Mark B.

DJ Mark has future aspirations of creating some kind of atmosphere that gives Christians an opportunity to enjoy life through Christian Entertainment, where the environment is safe and Christ Focused. Hoping to provide an avenue where teens, and Christian Couples have an alternative outlet from the world. He also has hopes of connecting with fellow artist Pacaso Ramirez on Not By Bread Alone Radio as the feature DJ spinning every weekend providing incredible mixes for the listening audience. Mark’s desire to provide the Gospel of Jesus Christ through spinning music is something that he’s extremely passionate about and will continue to walk in this calling for the long term. 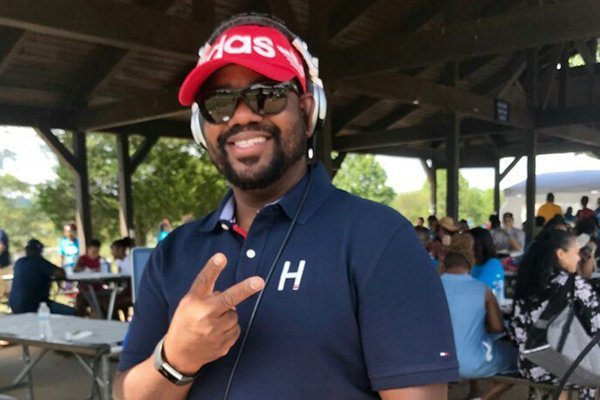 This is the home of DJ Mark B’s future Radio Mixes.

Recent Music
Other Music For Download Or Purchase
Videos