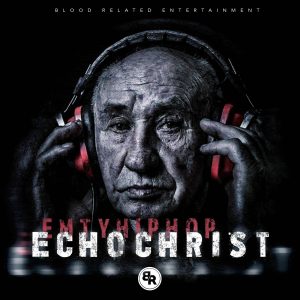 EmtyHipHop releases his latest Gospel Hip Hop album simply entitled “EchoChrist”. For those of you that know Michael Turk, you will know that he has the heart of Apostle Paul, and takes the stance to know nothing but Christ Jesus and Him Crucified (1 Cor. 2:2). Each track has the essence of the Gospel and saving Grace of Jesus Christ embedded in it, over boom bap beats, and the incredible lyricism that Gospel hip hop Artist Emtyhiphop is known for. #EchoChrist

Born in 1983 Michael Turk, aka ‘emty’ was raised in Los Angeles, CA. He fell in love with hip hop at an early age. His fellow childhood friends listened to the likes of Snoop Dogg and Westside Connection while Mike enjoyed the likes of Wu-tang, Redman and A Tribe called Quest which would help shape his lyrical style. While in middle school he connected with a group of high school students who formed a hip-hop group called Melodic Device. He hung around these older and gifted MC’S and began to shape his own style. Two years after high school he was invited to a church service at Calvary Chapel South Bay where the late Pastor Steve Mayes was preaching. Mike felt God speak to him during the service and he came forward to surrender his life to Christ. After the alter call the pastors had him walk to a back room to receive prayer and a free bible. When he walked to the back he was greeted by a young man around his same age wearing baggy pants and a lakers jersey. The man asked him “you like hip-hop?” This man explained to mike that his name was APX and he was a christian hip-hop artist. APX stated that God told him to bring 2 cd’s to church that morning and he gave them to mike. This began a love for Christian hip-hop and it was an eye opening experience to the power an mc can make through a musical medium.